Pedigree software has the unique challenge of balancing the technical genetic information required for risk assessment with the care needs of genetic counselors, which too often results in the exclusion of affirming transgender and non-binary representation in pedigree charts. In the absence of standards for trans pedigree representation, PhenoTips has the ability to accurately and respectfully represent LGBT individuals and relationships within pedigrees, with improvements to this functionality on the horizon. 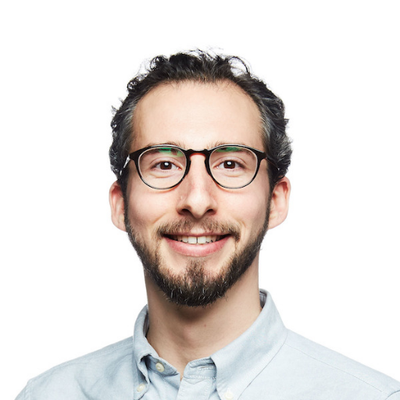 As the standards evolve and become agreed upon we will adopt them within the tool, but at the end of the day we want to make sure we support what our users need as well as whatever the current standard is. Genetic counselors and healthcare professionals are advancing the way in which they provide care and communicate to their patients, and they deserve tools that support them and their patients in this.

As cultural awareness of transgender identities grows, so too does the population of individuals who do not identify as the sex they were assigned at birth. In healthcare, and in genetics in particular, transgender patients face unique barriers to receiving appropriate and sensitive care. In addition, trans individuals face both historic and ongoing medical discrimination, which can make medical appointments particularly distressing, especially genetic appointments which require providing sensitive information relating an individual’s assigned sex at birth.


Despite the growing number of trans youth with each generation, no standards yet exist for the representation of transgender and non-binary individuals in pedigrees. Recommendations set by the National Society of Genetic Counselors (NSGC) and the National Comprehensive Cancer Network (NCCN) differ from each other, and lack guidance for the representation of gender non-conforming and non-binary patients. This discrepancy, in combination with the juxtaposed pedigree requirements to capture genetic information for risk assessments as well as social family dynamics for counseling, has resulted in a lack of functionality for accurately and appropriately representing LGBT individuals in pedigree chart software.

As leaders in the adoption of standards, PhenoTips has always been on the forefront of their adoption, oftentimes implementing standards such as the Human Phenotype Ontology (HPO) before their widespread use. Since PhenoTips software was designed to support all aspects of medical genetics, from risk assessments to counseling appointments, the adoption of recommendations for trans individuals in pedigrees is no exception.

“You can either wait for the standard to be completely developed and publicized before adopting it, or you can help drive a standard,” says PhenoTips CEO Dr. Orion Buske. “Standards aren’t necessarily binary themselves, there is a spectrum of standardization so it’s really important for us to help push for increasing standardization and support that within the tool.”

While the symbols and language selected to describe a trans or non-binary patient should be discussed on an individual basis, research consulting the trans community recommends the symbol representing the patient match their gender, with text near their symbol indicating their assigned sex at birth. Currently, most literature recommends non-binary patients be represented with a diamond symbol, while consensus in the community states trans men be represented by a square and trans women by a circle. Thanks to PhenoTips’ free-text note functionality present for each individual in a pedigree, the software supports this current best practice, and even enables users to record pronouns for each family member.

“Our philosophy is to take a more comprehensive view of what a pedigree is documenting,” Dr. Orion Buske explains. “If you’re taking a very limited view of a pedigree, it makes it harder on genetic counselors and others in healthcare to provide that care in an inclusive, well-informed, well-contextualized way.”

PhenoTips’ pre-visit patient questionnaire, a digital intake survey that automatically generates a pedigree based on a patient’s self-reported family history, also captures a respondent’s gender separately from their sex assigned at birth in order to generate an informed pedigree chart. This allows genetic counselors to prepare for an initial appointment in advance and limits the discomfort caused by questions relating to a trans patient’s assigned sex at birth.

As PhenoTips’ Genetic Workflow Consultant and Certified Genetic Counselor Erica Peacock explains, a pedigree is much more than a tool to record an individual’s genetic family history.

“When I think about pedigrees it brings me back to, ‘what is the purpose of a pedigree’, and it’s really a central part of genetic counseling for many different reasons,” says Erica. “It’s a way to document family history, which is more top of mind for some people, but it’s also a rapport building tool and something that you use to tell a story about a family. It helps establish trust between the patient that’s sharing this information with you, very sensitive information, and the counselor. So it’s really important to have symbols that reflect your patient and their family members, including gender diversity.”

Dr. Buske notes that having the ability to capture the gender diversity inherent to patient populations is especially important in the context of pre-visit patient questionnaires.

“Especially as we’re building out new technologies like the patient intake questionnaire where one of the first touch-points that a patient might have with a particular clinic is the software, it’s incredibly important that that software meets people where they are, and uses language that is inclusive, that is able to represent them and their family in a way that’s respectful and in a way that aligns with how they want to be represented.”

Since the software’s inception, PhenoTips has supported the representation of same-gender couples in pedigrees, deliberately avoiding any compulsive heterosexuality in the software’s back-end. Although an automatically generated partner is assumed to be opposite gender by the software initially, edits that make that relationship LGBT are simple, quick, and intuitive.

Dr. Buske explains that, “our policy is to make sure that whatever the most common case that’s encountered within healthcare is streamlined somehow within the software, but that the full spectrum of situations are able to be represented.”

“We’ve moved away from the typical family structure when pedigrees historically came about, so to me it’s a no-brainer that we be able to represent different families,”

While PhenoTips’ pedigree builder can currently meet the recommendations for trans and non-binary representation, improvements are underway that would streamline and improve the way trans and gender non-conforming individuals are represented in pedigrees. Later this year, PhenoTips users will be able to record gender and sex assigned at birth for each individual in the pedigree as separate structured data fields. As a result, the process of indicating sex assigned at birth will be streamlined to checkbox selections for ease of use, and to further normalize the separation of sex and gender.

“We want to give the provider the ability to control the shape of the symbol in the pedigree, the gender, and the sex assigned at birth for the individual separately so that the pedigree can really reflect individuals the way that they want to be represented,”

says Dr. Buske, adding that thanks to this new development PhenoTips will also be set up to “adapt to any updates in the nomenclature guidelines that come out of the professional societies.”

“As an organization we’re big on standards. Standardization is important both at the level of the data, so there’s interoperability between the different systems, as well as in the way in which information is presented, to make sure that care can be consistent across different people within the circle of care.”

As a leader in the adoption of standards, PhenoTips will be positioned to apply the latest standards for trans representation when they are available. However, Dr. Buske emphasizes that there is no need to wait until agreement is reached.

“As the standards evolve and become agreed upon we will adopt them within the tool, but at the end of the day we want to make sure we support what our users need as well as whatever the current standard is. Genetic counselors and healthcare professionals are advancing the way in which they provide care and communicate to their patients, and they deserve tools that support them and their patients in this.”

In addition to improvements to trans representation in PhenoTips’ pedigree software, PhenoTips is adding new pedigree features to support reproductive genetics. An update later this year will give users the ability to represent gestational carriers, egg and sperm donors, and mitochondrial donors, pairing well with the pre-visit patient questionnaire, which currently supports the patient-directed entry of this information.

As fertility takes on a more prominent role in genetic counseling and these reproductive options become increasingly common, these additions will not only support genetic professionals to provide care, counseling, and risk assessments, but do so in a way that is computable and interoperable between systems.

These reproductive genetics updates are also critical to the representation of modern families. As Erica Peacock notes, “To have a pregnancy you don’t necessarily need a circle and square, so representing that diversity is really important.”

Please enter your email to read the full article

Book a call with one of our experts to discover how complete software for medical genetics can change your workflow.

Please enter your email to read the full the case study